Excellent option for your main or additional poker room. Perfect for grinders and regulars of all stakes
Skype
Telegram

Coral Poker is a part of gambling company Gala Coral Group Ltd, which owns two more poker rooms of IPoker network (Gala and Poker Encore). The room is directly managed by the company Coral Interactive Limited registered in Gibraltar (registration number of the company is 106323) and works on its license.

Coral Poker belongs to IPoker network room group which belongs to big British bookmakers. The company Coral was founded in 1926 by Joe Coral. It started off as a horse racing betting company and became the third company of the volume of sports bets in Great Britain (after a merger with Gala in 2005). In 2015 to November 2016 another big merger with Ladbrokes took place and Ladbrokes Coral Group plc was created – which made this company the biggest gambling concern of the Albion. I.e. Coral Poker is a part of the big serious company which operates in one of the most regulated and competitive markets. It values its reputation and has the biggest income base. That’s why Coral Poker is one of the main suppliers of weak players to the network who mainly place bets, play casino and other games.

Coral joined online gambling back in 1999. Poker room was opened in the middle of 2000s. It used to be a part of PartyPoker for a short span of time until they started to experience problems with US act UIGEA. The room then joined Ongame but this network began to lose its positions so they transferred to IPoker in 2012.

As iPoker was divided into two pool of rooms, Coral Poker was in the first (main) one.

Currently IPoker and Coral Poker inclusive, is in Top-10 list of rooms and networks with good traffic. Game peak is in evenings on Middle-European time. Main currency is euro, but there are pound tables as well. We advise choosing euro as your account currency though.

As with most other rooms, most of the cash traffic is at 6-max Hold’em tables. 9-max tables are full only during peak hours and there are no more than one or two of them at each stake.

There are about 5 tables at all the PLO stakes but the highest. There are 2-3 tables at PLO400-600 during peak hours. IPoker is one of few places with real traffic at several stakes of fast poker. The most popular stakes in Speed Poker are NL5, NL10, NL20 – they have up to 100 connections in evenings. At the higher stakes of NL50-100 the number of connection is limited to ten so it practically makes no sense to play fast poker here.

There are Heads up cash tables. Their number is not limited, no obstacles against bum hunting. One is able to open no more than 4 tables to wait for the opponent.

IPoker now is the only place where one is able to play Hold’em 6+ - the game which doesn’t have well-developed strategies and is much more aggressive and loose than traditional Texas Holdem. One is able to play at stakes NL4 to NL100. The two highest stake limits have 2-3 tables while the lower stakes have 5-7 of them during prime time. People mix completely different stakes here much more often than in other disciplines.

Coral Poker lobby has a huge selection of SnG tournaments and the major part of traffic in them was taken by lottery Twister tournaments with six stake limits of €1 to €50. They hold weekly races for Twister players – €12,500 Twister Races by network and €1,900 Exclusive Micro and Mini Twister Races.

Coral Poker and IPoker network use new Playtech software since 2016.The main lobby of the client is filled with ad banners of basic or preferred types of games. Coral poker client is made in blue color.

The client allows you to choose one of three types of look of tables and decks. Set of advanced filters for quick game search is available. There are default auto rebuy, auto time bank, bet sizing change buttons. You can see which players sit at the tables (unlike in party Poker or Microgaming network for instance). But there are no waiting lists here.

For additional customization of the client, players may use IPoker Tools, which allow changing layout of the client (there are no other ways of layout installations) counting stack sizes in BB, using hot keys e.t.c.

The client supports poker trackers. HUD is available at fast poker but only at one table.

Since February, 1st 2016 iPoker uses Source Based Rake (SBR) method to count rake – half of rake from the pot is counted according to share of players who participate in it and the rest is taken depending on whether the player loses or wins. The latter players get up to half of the total rake. IF you want to play mostly for rakeback, this system is perfect for about-zero players.

VIP system of the poker room is called Loyalty Scheme and provides with maximal rakeback percentage of 30.48% if you accumulate €391 or more in rake for the month. Such a rake gives you maximal level 6 in this system together with the opportunity to exchange point at the rate of 42 points per €1. You should also consider the fact that according to SBR if you are not losing or winning, the real rake size will be cut to 25-50%. Monthly reload bonus of up to £1.000 gives additional 12% or so of rakeback. First deposit bonus in Coral Poker gives 27% of rakeback.

Playing in poker room PokerProDeals, you will have an opportunity to have up to 70% rakeback and fixed monthly payment to your wallet or room account without necessity to worry of your status. You can know more about this from our specialist in contacts section.

❓ Can I play in Coral Poker room from the UK?

❓ Can HUD be used on Coral Poker?

No, Bwin.Party network's rules completely forbid use of HUD.

❓ What rakeback can I get playing on Coral Poker?

Playing from PokerProDeals can get you up to 60% rakeback on Coral Poker. Contact with us via Skype or Telegram to get more deal details. 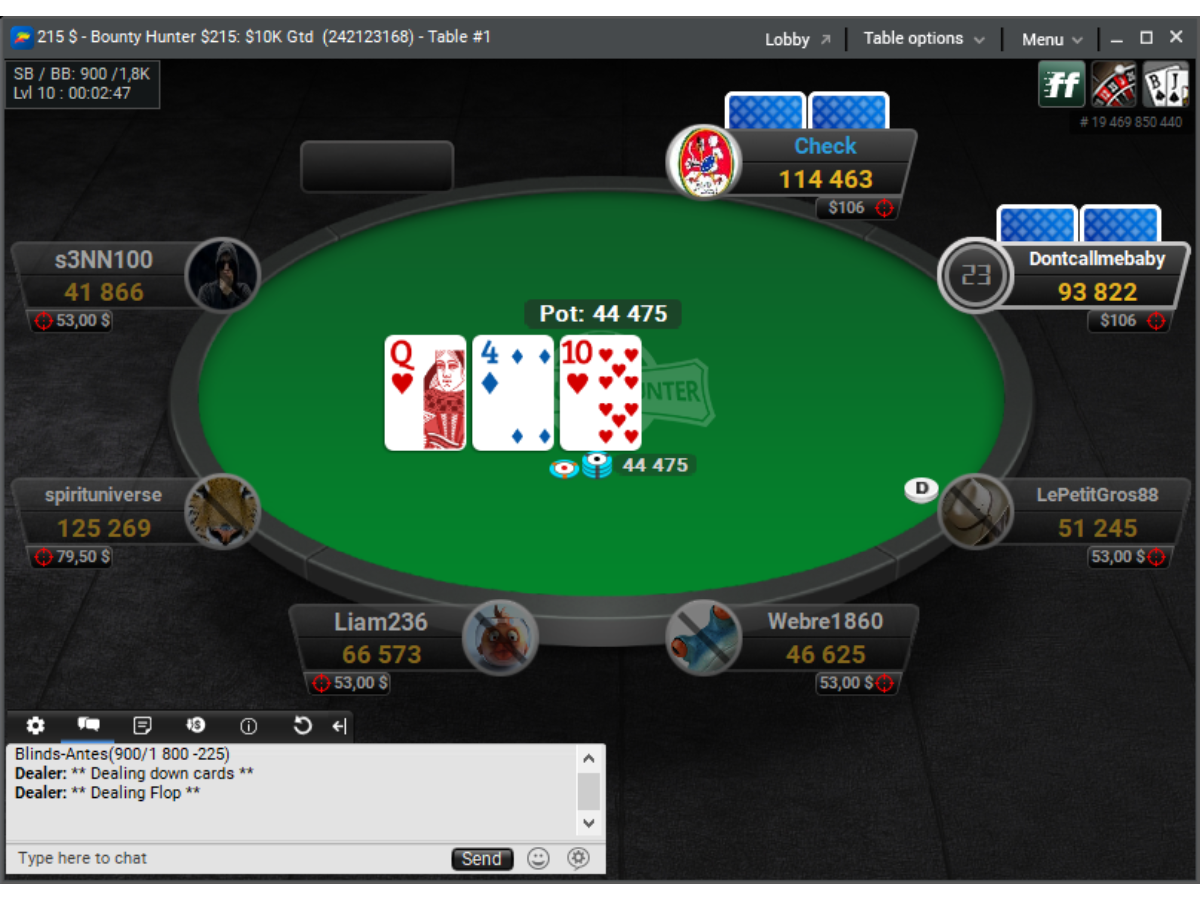 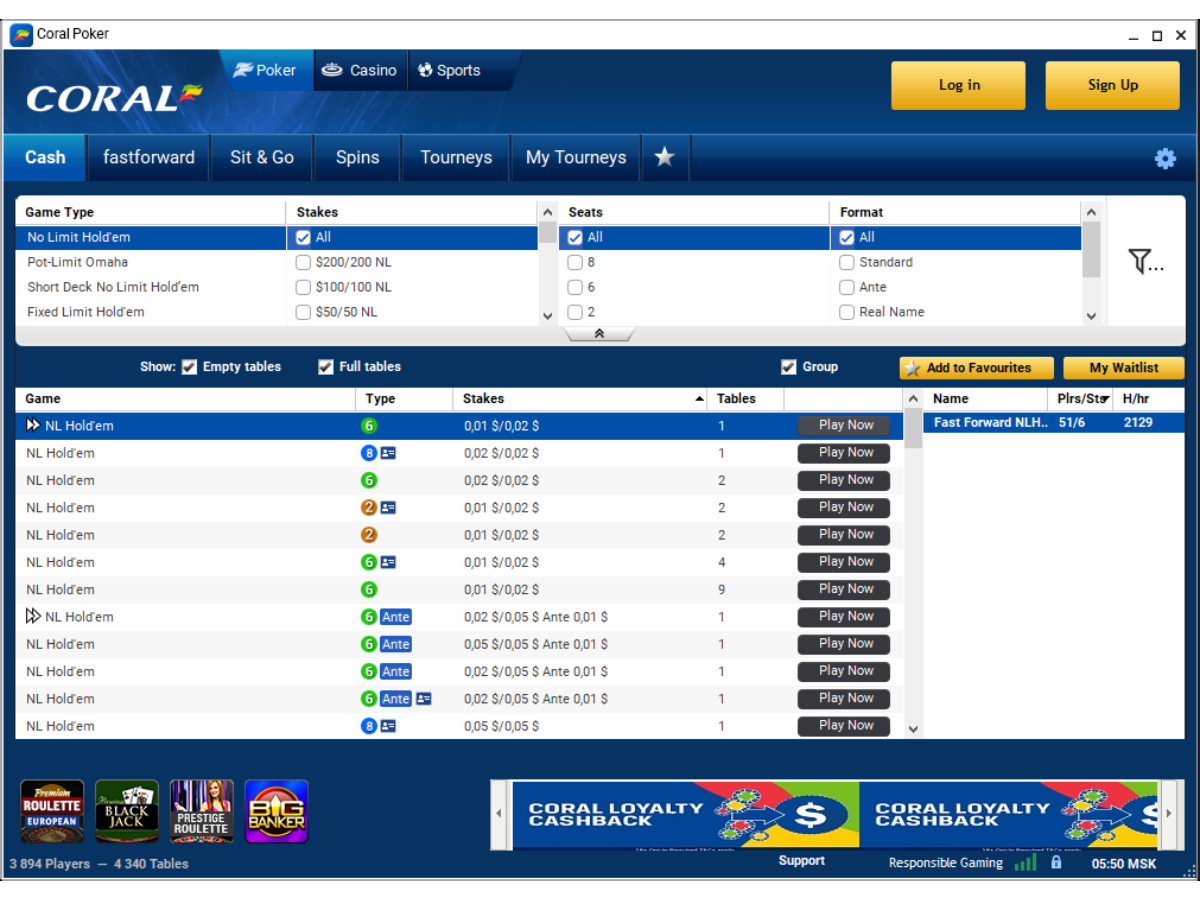 How to register in Coral Poker?