Ever since its launch in 2005, RedStar Poker has been targeting players from Eastern Europe with priority and especially Russian customers. It’s no surprise to see Russian included in the list of languages, alongside English and Argentinian Spanish. The South American country has been a success for RedStar Poker too.

From May 19, 2020, the MicroGaming poker network, which includes the RedStar poker room, is going to be closed. In this regard RedStar is moving to a new network - iPoker.

One of the perks of playing in the iPoker network is you never have to worry about the traffic. Only big websites with more than 5,000 players are even able to join the network, so the player pool is quite large. Most of the traffic comes from Europe, and especially the UK, so the traffic peaks during the evenings UK time.

RedStar Poker offers Texas Hold’em and Omaha variants, and also 6+ Hold’em. At NL Hold’em almost all of the cash tables are 6-max and heads-up with a few 9-seaters that barely get any attention. There is plenty of action on the micro and low stakes with dozens of tables running on NL20, NL40, plus another 8-10 tables on NL50 and NL100. You can also find another 6-7 full tables at all times on NL200 and NL400. The traffic whittles down only slightly at NL600 where only 5-6 tables fill up, and the numbers are similar on NL1000.

The heads-up traffic is pretty poor at micro stakes and starts getting better at low and mid stakes, where you can find a couple of tables to play. But in general, there isn’t much interest, which shouldn’t come as a surprise. Most players at RedStar Poker are amateurs and they lack the necessary skill to compete at the heads-up tables. As for Omaha, you can find 3-4 tables at micro and low stakes, and 1-2 at mid stakes. Similar to NLH, there isn’t much going on at the PLO heads-up tables.

The fast-fold variant Speed also has a good traffic at most times. The highest traffic can be found at NL50 up to NL200, with 50-70 players hitting the tables at peak hours. The SNGs are also favored at RedStar Poker and they fill up pretty quickly at micro and low stakes. Medium staked take a bit more, but you can still get decent action. The traffic dies down at the high stakes and you’re going to need a lot of patience to find an opponent there.

RedStar Poker also runs more than 200 tournaments every day including a fantastic Sunday lineup of large guarantees. Most of them are NL Hold’em, with the occasional PLO tournament thrown in.

RedStar Poker poker client is very modern with top-notch graphics and navigation. The design and color scheme are a bit in-your-face, but that doesn’t take away from the gameplay. HUDs are not frowned upon at RedStar Poker, so you can use Hold’em Manager and Poker Tracker.

RedStar Poker uses a Weight-contributed rake system. Weighted contributed rakeback method awards players for playing in more hands and contributing to more of the pot percentage wise. So, players will receive a percentage of rakeback that is in proportion to the amount they contributed throughout the hand. This system encourages and rewards action players.The total rake assigned to a player is called RPV (real player value), and consists of 50% WC rake (weighted contributed) and 50% SBR. The WC is the actual rake taken, as counted by HUDs. The operator charges between 2% and 4% on fixed limit tables up to a max rake of $4.00 and between 5% and 6.66% on pot limit and no limit tables up to a max rake of $4.00.

RedStar Poker greets new customers with a 200% deposit bonus up to $2,000, which equals 20% rakeback

Playing from PokerProDeals can get you over 45-50% rakeback in RedStar Poker. Contact with us via Skype or Telegram to get more deal details.

❓ Why is it profitable to play on RedStar Poker?

RedStar Poker is a part of iPoker's network and you can always find a good game at all limits and in all disciplines. There are a good rakeback deal and perfect bonus for the first deposit for PokerProDeals players.

RedStar Poker gives new players a sign-up bonus of up to $2000.

❓ What rakeback can I get playing on RedStar Poker?

Playing from PokerProDeals can get you over 35% rakeback in RedStar Poker. Contact with us via Skype or Telegram to get more deal details. 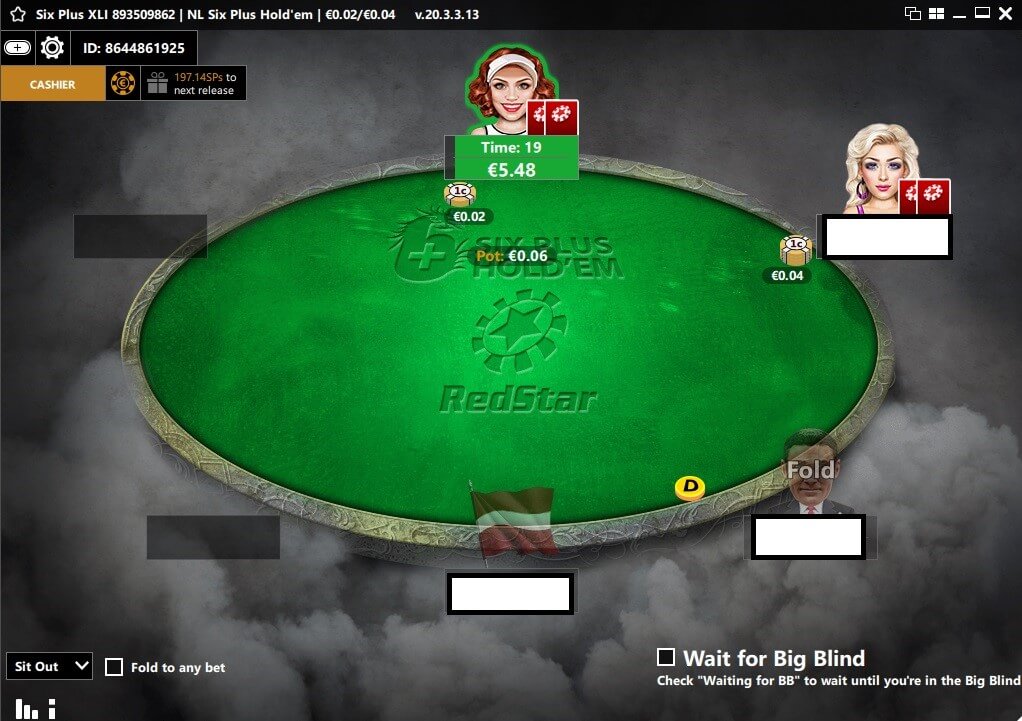 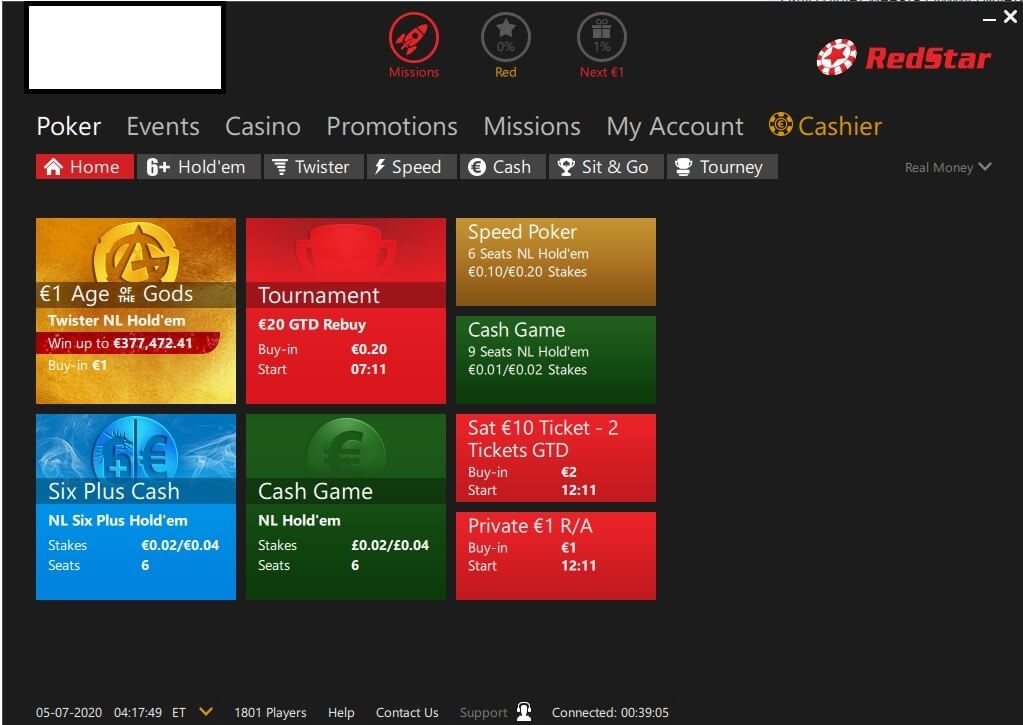 How to register in RedStar Poker?