Modern mobile phones nowadays are able to perform almost all of the same functions as personal computers. Most of the Internet visits are made from mobile devices. Poker rooms are no exception.

Modern mobile phones nowadays are able to perform almost all of the same functions as personal computers. Most of the Internet visits are made from mobile devices. Poker rooms are no exception.

A few years ago, mobile applications could hardly be compared with full-fledged clients on a PC. Truncated functionality, inconvenient navigation, simple design – all this scared away poker fans. However, today poker applications on smartphones are almost inferior to PC analogs. You can not only play at one table, but also multi-table, make deposits and cash outs, use bonuses, go through the registration procedure, view statistics, etc.

But regulars, who make money with poker, prefer to play on a PC. It’s much more convenient to play at several tables on a PC, the software for collecting statistics, various calculators and online services that facilitate decision making can be used. Thus, it is safe to say that a user playing on a computer has an advantage over a user who logs into the poker room using a smartphone. Without a doubt this state of things did not suit mobile poker enthusiasts. It was the reason why specialized poker rooms appeared in which you can play only on mobile devices.

Peak attendance at PokerMaster is in the evening Moscow time. Limits start from NL600 and higher, at each level several dozen tables can be found. The rake is rather unusual – 5% is deducted from the winnings of players who remain in the positive, players who lose –  lose nothing.

PPPoker is another old-timer in Chinese online poker. This room also allows you to play poker only using mobile devices. There are private clubs, in which only residents of China or residents of any other countries who contact PokerProDeals managers can register. Being an affiliate, we assume all responsibilities for registering a new player, depositing and withdrawing funds, and also guarantee the safety of our customers’ money in the account.

The peak traffic at PPPoker falls on the evening and night time in Moscow, the room attendance is gradually growing. You can play several types of poker: no limit hold’em, pot-limit Omaha and open Chinese poker. Basically, Chinese recreational players are gathered at cash tables, although there are tournaments with buy-ins ranging from $ 0.3 to $ 10. The rake in Omaha and Hold’em is $ 5 with a 3BB limit; in Chinese poker 3% is withdrawn.

Advantages and disadvantages of mobile poker

Playing poker on mobile devices you can experience following benefits:

1) Mobility – you can play poker not only at home, but also in any place where you have access to the Internet. For example, you can play on the way to work, in line at the store, during lunch break, etc.

2) Access to almost all functions – you can make deposits, play all types of poker, wager bonuses, take part in promotions, etc.

3) Weak pool – there are only recreational Asian players in the rooms from this article.

4) You cannot use poker trackers to collect statistics. However, this will be an advantage only for those who are not used to using Hold’em Manager or Poker Tracker.

Without a doubt, mobile applications for playing poker are not without disadvantages. For example, in most mobile applications multi-table games are not available. Also, functionality may be limited compared to computer versions of software. Due to the lack of stability of the mobile Internet, some disconnections are possible and as a result – loss of rates.

Chinese poker rooms attract Russian players and poker players from other countries by the presence of a large number of fishes. Asian rooms are also popular due to a wide selection of disciplines and poker formats, including Hold’em 6+ and Chinese Pineapple. Highrollers can find quite a lot of games in the local rooms at the tables with high limits – up to NL5000 $. Despite the fact that within each poker room players are united in separate clubs, the traffic in these clubs is quite high at almost all available limits.

In the first chapter, we have already reviewed the two largest and most popular Chinese applications – PokerMaster and PPPoker. It is worth noting that for the game using a PC, you can install a special emulator on your computer. This will allow you to play at several tables, both within the one room, and in several rooms at the same time. These poker rooms have been existing in the Chinese online gaming market for a long time and have earned a good reputation. Younger rooms may close, and new applications may periodically appear. However, cooperating with PokerProDeals, you can be sure that you will only get access to the most reliable and trusted poker clubs.

You can download the PokerKingdom application on your mobile phone and play against weak Chinese opponents. This room became one of the first rooms where the jackpots were played out for collecting the strongest combinations (four of a kind and above). Most of the games in this room are at the tables of average limits with the rules of Omaha and Hold’em.

If you prefer to play 8-max tables in Hold’em, it is better to register in OhPoker, which replaced Poker13. Most of the traffic falls on the limits up to NL150, but in the evening time you can find quite a lot of full tables at limits NL300 – NL1500. In addition, here you can play at heads-up tables in both Hold’em and Omaha.

Another Chinese mobile app is ZwiWan, which does not support HUD. All the same formats and limits are available there as in OhPoker, but the attendance in this room is lower. CardClub is a Malaysian mobile application that offers multi-tabling with the ability to play at four tables at the same time. Most traffic falls on 6-9-max cache tables in the range of limits from NL50 to NL300.

Recently, a new Chinese poker room called FacePoker has appeared, in which the main game is played at the 8-max tables at limits NL30-NL300. The new mobile applications include the PokerWorld room, where you will find more games at the long tables at limits NL150 and NL300.

Chinese mobile applications for poker provide a unique opportunity to play against weak Asian players. If you are interested in a profitable game in this kind of applications, contact our managers to get all the details and registration conditions. 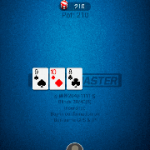 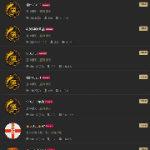 Affiliate is a person or organization that attracts visitors to the poker room site. For each player who has made a deposit, or fulfilled another stipulated condition, this intermediary receives a reward. The player himself, who went to the room using an affiliate link, also has certain advantages. So, he can receive increased rakeback, profitable […]

After the events of Black Friday in 2011, the number of online players from the United States fell sharply. However, American poker enthusiasts gradually adapted to the new legislation and found several ways to access online poker. At this moment, Americans are playing in some old rooms that worked until 2011, in newly appeared, closed […]